Fisherman in the Mist 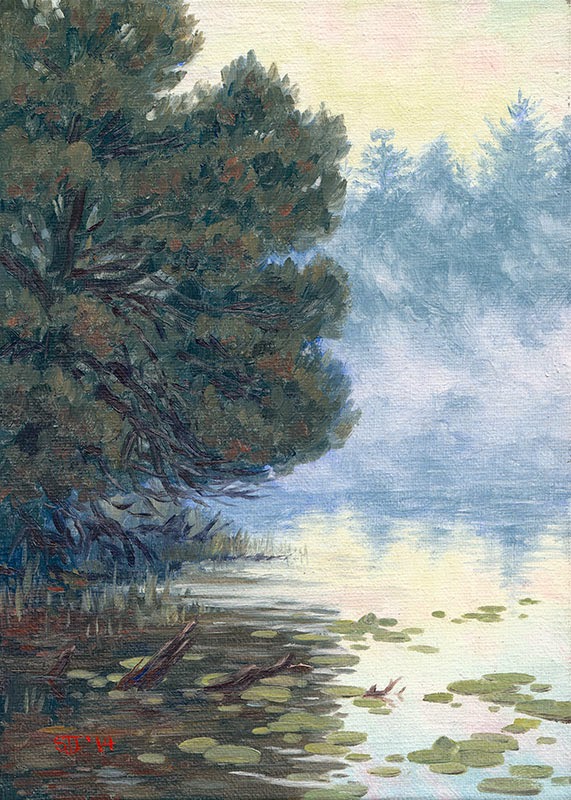 After several days at the Lost Lake section of the New River ACEC, I returned to Muddy Lake to work on a “misty dawn” painting that I had been thinking about.  My intent was to capture the feel of pre-dawn mist rising across the lake from the observation hide, and include the Great Egret almost hidden in the mist, fishing where he is often to be seen.  I began by making a small drawing of the proposed composition in my smallest sketchbook, and then took the bull by the horns and dove into the Oil Sketch.

Because I wanted to use some brighter colours than I have been using on most of the posts thus far, I went to work straight onto the white ground of the linen panel, without laying down the usual imprimatura of earth red.  I painted in the sky and the lake with Cobalt Blue, Cadmium Yellow Pale, and Rose Madder (Genuine), mixed with Titanium White (all W&N).  I chose this white as it is the brightest white, although it has to be used with care, since it is such a cold white, opaque and can ill you colours.  The dark tree and its reflection to the left, was painted with the quieter earth colours of Yellow Ochre & Venetian Red, and Ultramarine for the Blue.  Here, when I needed white in the mix, I used Cremnitz, since it isn’t a “colour- killer.”  In mixing the colours for the lily pads I used a mixture of Cremnitz & Titanium for the white.  Thus the palette for this painting was composed of two colour triads: the more traditional with the earth colours, and the other using the more modern and brighter pigments, plus the whites.  I would also point out that the sky colours in the original sketch are a bit more subtle than what I'm seeing on my screen; monitors being what they are, what you are probably seeing on yours will be different from what I am seeing anyway, but I thought I'd mention it.

The Great Egret is hidden in the mist a can be seen in the detail of the painting seen below. 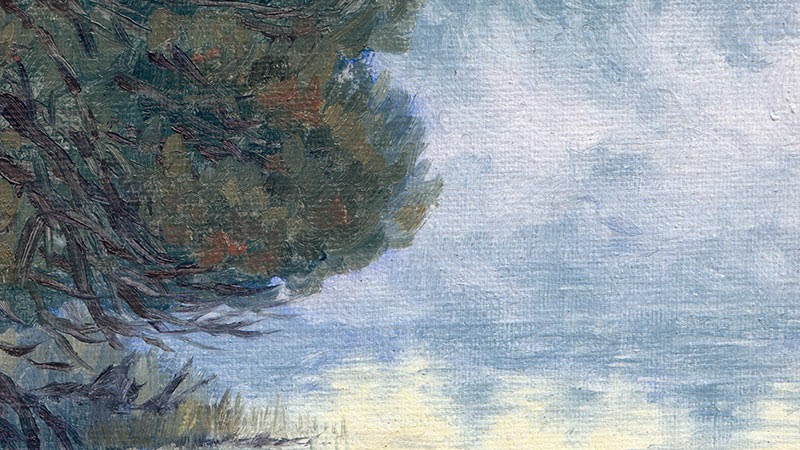