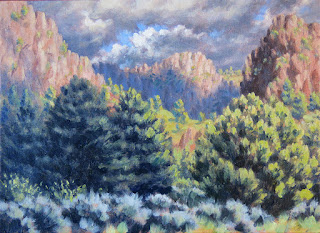 (Take Note: for those receiving an email notification, click on the title of the latest blog posting at the top of the post, in the email, (not the title of the painting itself); this will open up the actual blog itself, and you may then enjoy the paintings at their best.)

West of Ely, about five or six miles, there is a rock hounding site called Garnet Hill, about three miles up a gravel road.  I went to see what it was all about, and spent an hour turning over rocks looking for garnets. I did find several small crystals embedded in the rhyolite rocks, and of no great quality, but I had fulfilled what I had wanted to do … to find an example or two within the base rock, as a souvenir. I think a fun day of it could be had here with a shovel, hammer and chisel, and probably a few decent garnets might be found.  By the end of my hour on Garnet Hill, I had got my eye in, so what would a whole day be like?

Another thirty miles down the road, I turned south onto the Hamilton Road, another gravel road, leading to the ghost town of Hamilton, ten miles in.  I had no intention of going to Hamilton … I was just looking for a decent campsite.  I found several, but deemed them too muddy, and after I crossed over the pass, I found myself on the west slopes of the Mokomoke Mountains, part of the White Pine Range.  And here things got hairy, as the road was quite slick with clay, and even in 4-wheel drive, the truck would fish-tail, I drove extremely slowly, with a dry mouth and throat, as I have experienced lack of control sliding down an incline on clay.  But extreme slowness was the key in this case.

As stated I found myself on the side of the mountain, and as there was no good places to camp, I found myself in Hamilton, or what's left of it … there are a scattering of stone building, most fallen in, some collapsed wooden structures, and one modern sheet metal barn, by the look of it.  It was late, so I didn't hang around in Hamilton, but found a lower road, not so muddy or slick with clay.  It turns out I was on the Lincoln Highway, which was the first automobile road across the entire USA, from New York to San Francisco, conceived in 1912 and dedicated in 1913; I remember seeing a documentary, with Model Tees chugging along a dirt road … much like I was doing there on the Hamilton road.    I drove very carefully … just in case.  Four or five miles on I found a good campsite, which turned out not to be muddy, thankfully. 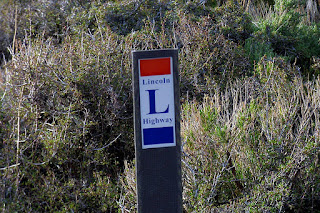 A mixed flock of birds flew through my camp, the next morning, which included a Western Tanager, a pair of Mountain Bluebirds, a several Cassins Finches (both male and female), a Rufous-sided Towhee, and a male Mountain Chickadee.  The Cassins Finches were a first for me.  I decided to spend the day here, and let the intermittent showers pass through, and head out the next morning.  I would paint, and keep my eye out for birdlife.  A few yards from camp, I found a butterfly that blended into the earth it was sitting on.  Just then the Sun went in, and the butterfly folded its wings.  I watched as the Sun reappeared, and shortly, the wings unfolded, soaking up the Sun's rays, warming enough to fly, but not before I got a couple of photos.

Although tempted to stay longer, at this excellent camp, I headed out after my second night.  Stopping in the town of Eureka (much smaller than Ely), I failed to make a blog posting, since the local library, although connected to the Internet through their own computers, did not have Wi-Fi!  The library did, however, have a water pump outside, which allowed my water bottles to be filled.  Thus stymied the westward “Loneliest road in America” beckoned.  Hickison Petroglyphs were the next stop.  A trail leads to several groupings of these insisted drawings in the cliffs and boulders, as well as to various viewpoints, of the surrounding landscape.  My favorite petroglyphs was of the “mad cyclist,” (my interpretation), who obviously represents the yellow jersey holder in an ancestral Native American Tour de Southwest cycle race!!!  There is a campground here (no water), but I followed a forest road and camped for three nights 1.4 miles in from the highway, topping up my AGM battery, and painting away. 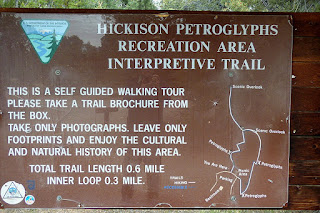 There was a large anthill about twelve feet away from my car, and on the first evening I inadvertently stepped on a corner of it.  I was surprised to see that I had opened up access to several galleries.  I thought that there would have been several inches between the surface of the mound and the first tunnels, but evidently not.  Over the next days I watched them working on repairing the damage.  To make amends I also distributed a couple of ounces of Bob's Red Mill TVP (textured vegetable protein), which they hoiked away into the tunnels with great alacrity!  I'm assuming they were suitably grateful, and that mitigated to some extent my accidental misstep.  If I remember correctly, I understand that ants communicate with pheromones and scents, maybe through touch.  Sometimes I would watch an individual carrying a grain of sand, seemingly aimlessly, wondering if there was some plan he was following, but I could discern no logic as to where he finally placed it; sometimes within my damaging footprint and sometimes up on the sides or top of the mound.  Sometimes they would drop their load independently, but more than half the time I observed that at some point in their meandering, another ant, seemingly at random, would touch them and the load bearing ant would, at that point, drop his burden.  Was a message passed by touch; by scent; by pheromones?  Was there a logic to it?  For the time being, the ways of the ant remains a mystery to me.


Austin was the next town encountered on Hwy 50, and is the smallest of the three between Baker (outside Great Basin National Park, and just inside the Nevada/Utah border), and Fallon, NV.  Built on a steep hill, with two petrol stations, and no real grocery store, I was only able to top up my water supply from the garden hose outside the closed Ranger Station, at the bottom of the hill.

From here I proceeded on Old Hwy 50 through the Desatoya Mountain Range, to Eastgate, on the western flank of the range, and followed a forest road five miles to the entrance of Big Den Creek Canyon.  Thus ensconced amongst the Junipers and Pinyon Pines, I remained for the next six days including the Memorial Day weekend.  There is a rough trail that leads up the canyon to a lower waterfall (where I discovered a geo-caching box), and somewhere beyond that an upper waterfall (that I did not get to).  I learned of the upper falls by reading entries in the geo-cache log, which also mentions a rattlesnake seen ten feet from the box back in `07; I had wondered about rattlesnakes when negotiating several scree-slopes that the footpath crosses.  Evidently it was just a tad too early for them to be out yet.  But the lizards were out here; three in residence in the large campfire ring I camped next to.  The trailhead, the trail itself and the waterfalls are not marked on my maps, and there is only a small sign out on the highway, five miles away, that says “wildlife viewing area,” to indicate anything of interest up this way.  I found the site through the free campsites app.