South through the Petrified Forest to Show Low & Beyond. 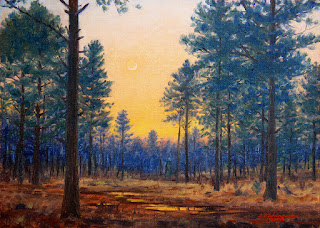 I wanted to call this painting “New Moon amongst the Pondies,” but I figured only people in the west might realize I was referring to Ponderosa Pines, and even many of them might not get it, so … Ponderosas.

From Canyon de Chelly my road led south.  I first stopped at the Hubbell Trading Post outside Ganado, Arizona.  This has been in continuous operation since 1878, and is now part of the National Park system.  It was established to aid in the recovery of the Navajo from the effects of ‘the Long March.’  In 1864 the Navajo were forced off their land to walk 300 miles in midwinter to a reservation near Fort Sumner in eastern New Mexico.  Four years later they were allowed to return to their former homeland straddling the Arizona/New Mexico border, where they found that their dwellings had in the meantime been burned, their peach orchards cut down and their sheep gone.  This trading post established in 1878 was crucial in their recovery from this catastrophe.  The sheep raised by the Navajo are a variety called Churro; originally from Spain, where they are now extinct.

The Painted Desert and Petrified Forest were passed through next, about 50 miles from the trading post.  I had heard of these natural wonders, as a lad, but was not aware of the details.  This landscape dates from Triassic times of the early dinosaurs, and although many important fossil finds have been made here, for the average visitor it is the colorful strata of the Painted Desert, and the many fossilized remains of ancient Triassic trees, that are the draw, myself included.  It being a hazy to overcast day, the colours of the landscape were not at their best, by any means, but it was still a very worthwhile 3-1/2 hour dalliance, stopping off at overlooks, and walking trails amongst the fallen petrified remains of the large Triassic trees.  Many looked as though they were modern Redwoods that had fallen but yesterday. 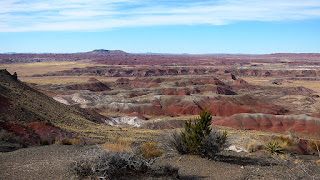 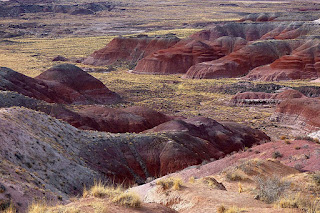 I spent too long here, even though it was too brief to take it all in, and I was hard pressed to find a campsite before nightfall.  I had thought I might find a place to tuck in for the night just a few miles down the road, but it was all mostly private land, and the square miles of State land, dotted here and there, were mostly inaccessible.  So I had to push the fifty or so miles to the Apache-Sitgreaves National Forest in the Show Low area.  I found a campsite in amongst the Ponderosas, just before it was too dark to make it impossible.  The wind rose and I worried about falling trees, but none fell in my area. 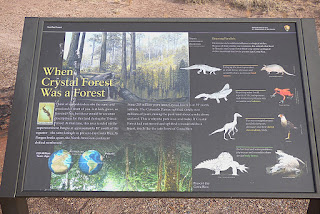 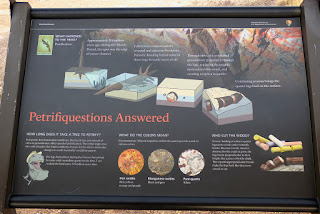 The next day I scouted out Show Low, and surprisingly found it to be quite a comprehensive town for its size … population about eleven and a half thousand.  It lies within the National Forest, and so it is a Ponderosa Pine, intermixed with Junipers and Pinions, landscape; not what I imagined in Arizona.  And then there is the snow that was coming along with high winds, so I decided to drop off the Mogollon Rim to lower altitude and about 70 miles south into the Tonto National Forest; there the winds were still strong, but it was rain and not snow, and the road, even though gravel, would not prevent me from getting out of the forest when I wished. 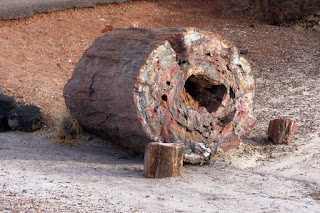 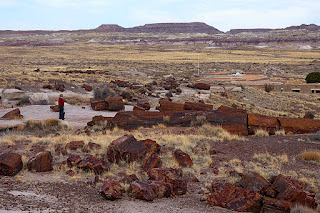 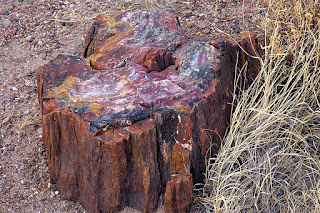