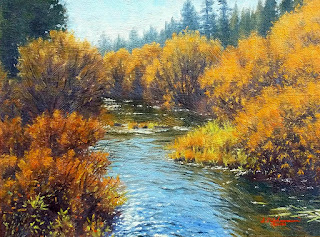 Trees fall in the forest ... and sometimes without being blown over by the wind, and for no apparent reason.  I have borne witness  to that fact, perhaps three times throughout my life. "Perhaps," because the first time was in the Boundary Waters Canoe Area Wilderness in 1993, when my brother Doug, and myself heard a crashing, that sounded like you would think a falling tree would sound, on the other side of shallow ravine from us. There was no further sound, so we ruled out a Moose, or a Bear, or any other such large beast. We decided it was what it sounded like ... a falling tree.

The second time was climbing up the bluffs above China Beach, outside of Brookings, Oregon, about ten years ago. I heard a crashing, similar to what Doug and I had heard in the BWCAW. Startled I turned in time to see a large fir falling across the footpath where I had been walking, just seconds before. “Missed me!”, I exclaimed, “Nice try, though.” It got hung up on other trees so that if you ducked a bit, you could still pass under it on the footpath. This tree fell fom the base so its roots were intact, as though it had been blown over, but there was no wind. The incline was steep, and so I surmise it must have been partially uprooted by wind recently, and finally fell when I was there to witness it.

Then last Summer I camped in a secluded clearing 20 some miles west of Klamath Falls, with an extensive Aspen grove along one side of it. One day while I was painting, I heard that crashing sound and looked over to see the undergrowth still shaking. I went to investigate, and found it was a live Aspen, about 6 inches in diameter, and that it hadn't been uprooted, but had just snapped off about four feet above the ground. There was no apparent reason for it to have done so. It wasn't particularly windy. It didn't appear to be rotten, and all its leaves were green. I still have no theory why this Aspen fell.

The Natural World is so interesting, especially out here in the Wilds, but even in the largest cities it can be interesting, if you take the time to notice. I remember the Springtime before I moved from London down to Cornwall. I had just moved into a new bedsit at the top of the house. When I looked out my windows I was looking through a lattice of tree branches to the street below. When I first moved in they were bare Winter branches, and as the days progressed I watches the leafbuds gradually unfurling and growing into full fledged leaves, and the colours changing with the passage of time and maturity. I concentrated on a particular branch and grouping of buds. Besides the leaves, the occasional bird wandered by as well, but unfortunately I have no nesting stories to tell ... perhaps if I'd stayed in that place for several year ... but Cornwall beckoned, and when that opportunity happened, there was no real contest. Looking back, I had stayed in London, probably five years too long.

Spencer Creek is a few miles from the clearing where the Aspen fell over, and in October when I returned to the area, I camped a hundred yards from this scene. It was not as secluded, but was a lovely spot, and deer came through every day.

Three years ago I laid a final coat of White Lead Priming on a bunch of panels. I have two different lead primers; one by Rublev and the other by Williamsburg.  The Williamsburg is quite stiff, and it occurred to me that if I didn't thin it down with mineral spirits this time, I might be able to get an interesting brush stroke texture in this final layer. And so it was. This is the first of those textured panels that I have used, and I quite like the results. However, I think you have'll to be careful in your choice of subject, when using these panels, but I feel this autumnal leafy stream was a good choice. I hope you do too.